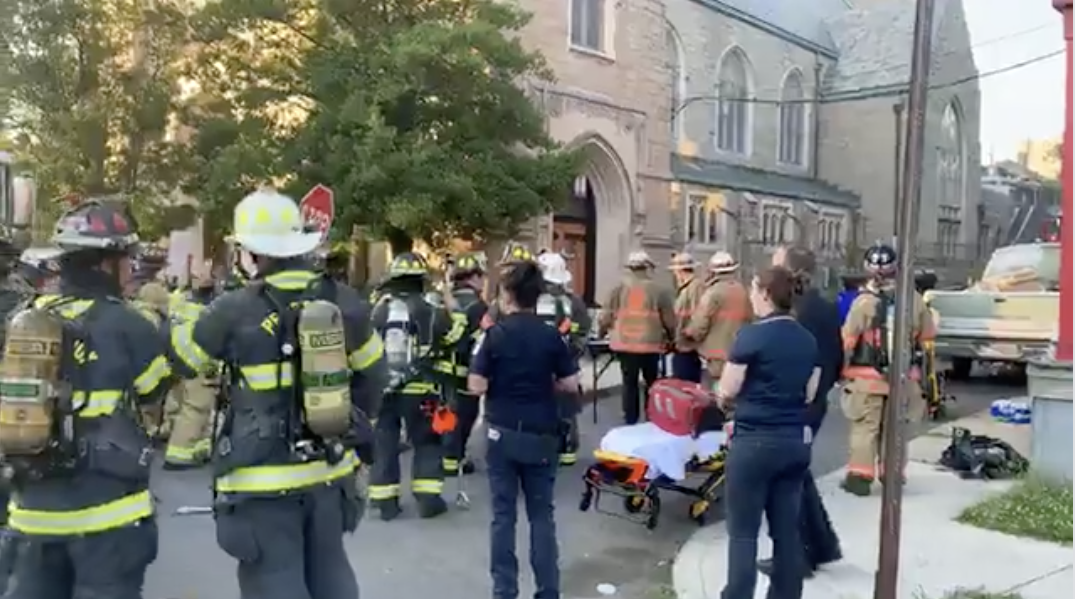 Harrisburg firefighters likely saved an Allison Hill church from serious damage after battling a fire in its basement Tuesday evening.

The cause of the fire is still unknown, but will soon be determined by an agent from the Bureau of Alcohol, Tobacco, Firearms and Explosives, Enterline said.

Dozens of firefighters from several municipalities battled the fire over two hours, preventing it from completely overtaking the church.

“Often these church fires get really out of hand because it’s such a huge, open space, and because of the type of construction, church fires can be very dangerous,” Mary Ann Hartley, wife of a firefighter on the scene, said. “They’re literally firefighter killers because the roof can collapse without a lot of notice.”

Much of the damage from the fire was kept to the lower levels, Enterline said. During what he described as a “labor-intensive operation,” a portion of the low, thin basement ceiling had to be cut out and heavy debris had to be moved to prevent the flames from spreading further toward the roof of the church.

St. Mark Coptic Orthodox Church will be able to reopen to the public in the future because of the hard work the firefighters put in, Enterline said.

“We put the work tonight on the reason that church is still standing,” he said. “Typically, when you see a church on fire anywhere, it ends up being a significant event. Because of the work that these guys did tonight, it seems that the church will be able to be repaired.”