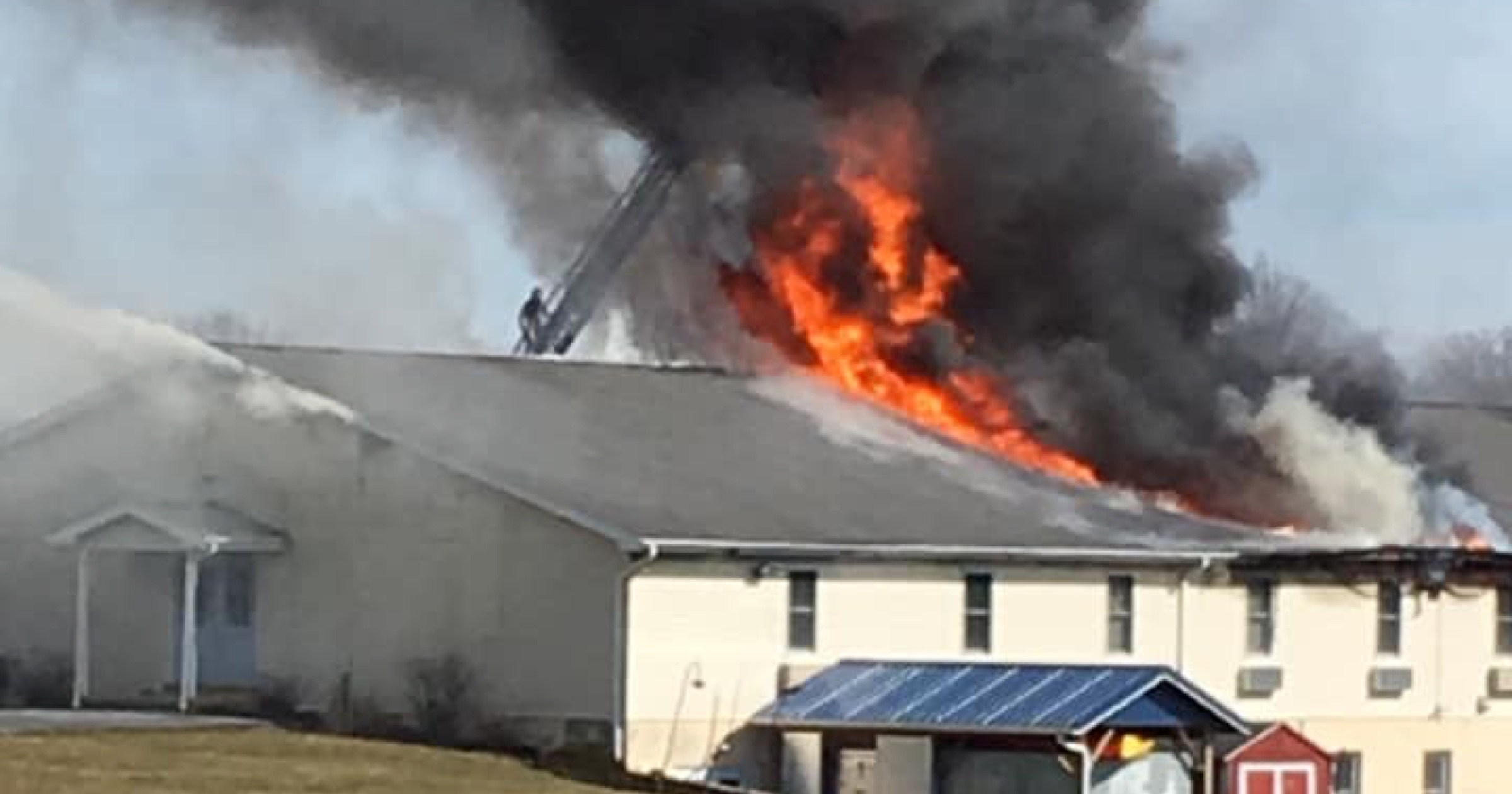 No injuries were reported in yesterday’s blaze at South Lebanon Township’s Youth With A Mission facility, but more than a dozen missionaries-in-training were said to be displaced by the conflagration.

Approximately 17 people were in the building at the time the fire was noticed, according to Jeff Marley, South Lebanon Township Fire Chief. 13 of those affected were said to have been living in accommodations at the building as they underwent missionary training.

By the time first responders were alerted and arrived, the blaze had spread to a common attic area of the approximately 125′ by 50′ building.

“The fire had a headstart on us,” explained Marley, who said the fire had been burning for some time before it was detected and called into 911.

Upon arrival, fire crews initiated an interior attack on the blaze, but due to the spread within the attic area, load-supporting trusses were weakened by burning, leading to the roof collapsing and a HVAC unit falling to the ground. Fortunately though, no first responders were injured in the process.

Additionally, the Lebanon Salvation Army canteen truck was there to provide relief to first responders and victims, with extra support by Myerstown Ambulance (which provided rehab support) and First Aid & Safety Patrol.

People displaced by the fire were given refuge by nearby Juniper Village at Lebanon, which provided the victims with food and a place to stay.

Youth With A Mission posted about the fire on its Facebook page, and shared a GoFundMe that will go towards replacing clothes and other personal essentials.