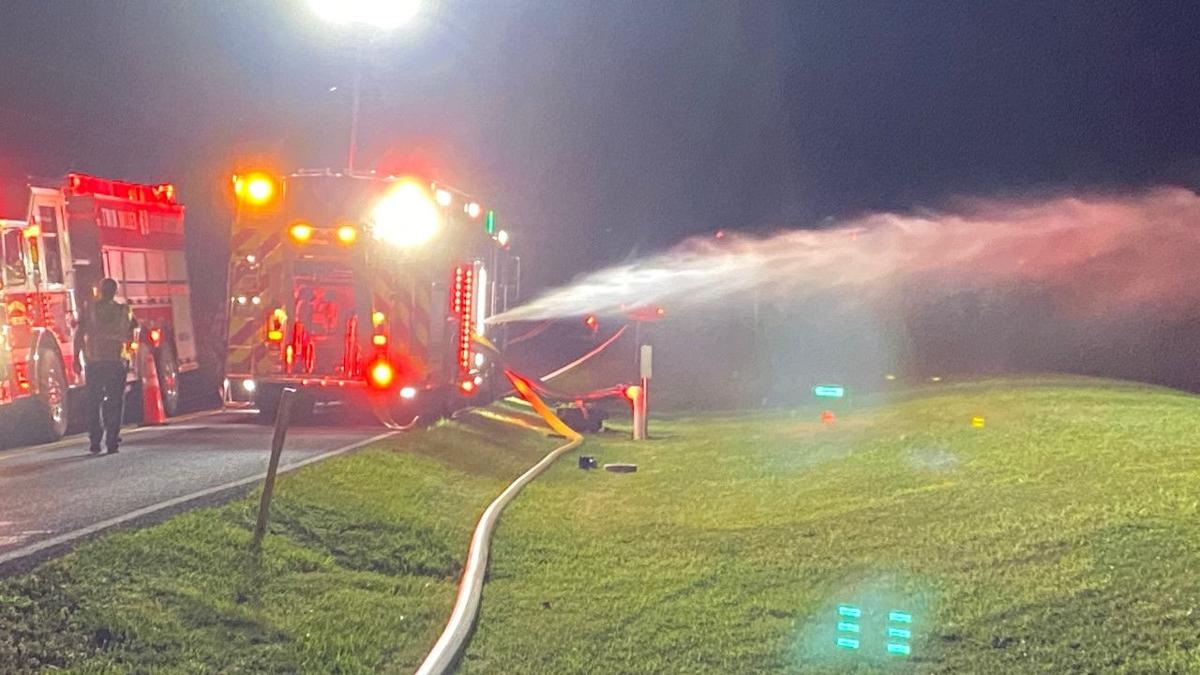 The first firefighters were dispatched around 8:30 p.m. Monday to the scene in the 5000 block of Kachel Road in Brecknock Township, not too far away from Maple Grove Raceway.

“I could see the flames just shooting up like way above the house, and I was terrified,” neighbor Nancy Albright told 69 News.

The fire went to two alarms before firefighters could bring it under control, but the rekindling of hot spots kept them coming back past dawn Tuesday morning.

“At one point, there was some explosions,” Albright said, “and the fire just went up so high, and it started curving over towards us, and I thought for sure we were going to lose everything, too.”

Firefighters found a shortage of water at the scene, so tanker trucks were called in to help transport water from a nearby pond to help fight the flames.

The Albrights said they spoke with the man who lived in the home, who said he went to check his pool pump, flipped the switch on and off, and within minutes heard crackling outside.

A Pennsylvania State Police fire marshal is working to determine the precise cause. He estimated the loss to be worth $600,000. Heavy equipment has been brought in to demolish the charred remains of the home.

No one was hurt, but a cat is unaccounted for.